I hope you and your family are well. We are still waiting for spring to officially begin here in New York. April was cold and wet. May is a mixed bag so far, with a couple of beautiful days, but a lot of clouds and strong winds.

Whatever happens with the actual weather, it is clear that April's showers will lead to plenty of May flowers: Alongside the loss of lives and the economic damage, there is an incredible sense of possibility in the air. As my friend Chi-Chao says, this crisis provided a "forcing function" and drove home many things we all already knew about life in the 21st Century. We knew these things in theory, but now we feel them in our bones.

We're all suddenly working from home, if we're working at all. Many of us relocated to the suburbs and/or are suddenly living in multigenerational homes. Our jobs either proved less stable than they seemed — or much more flexible than we assumed.

We are "distancing" but finding that there's suddenly much more time to talk to friends or play with our kids (or pets, or both). And many of us are trying to figure out what the hell we were spending so much money on before this whole thing began. I am generalizing, but the above describes dozens of the people I spoke to over the past few weeks.

I can't say when spring will finally be here, but new flowers are starting to bloom. Here are a few interesting ones from this week.

1. Google retreats. Sidewalk Labs, the Alphabet subsidiary that wants to "build cities from the internet up", decided not to proceed with its "Smart City" project in Toronto. Sidewalk hoped to develop tens of thousands of residential units, create close to 50,000 jobs, and showcase a variety of new ways to collect data, conserve energy, and reduce crime and costs.

Alas, it was not to be. The project has been troubled for a good while; the original plans were curtailed by strong public opposition and self-inflicted injuries.

I always felt an aversion to this project; something about its top-down nature, about a tech giant partnering with a government, about how well-planned it all looked and how little room was left for organic evolution. Google is a wonderful company, especially under its current CEO. I am a shareholder. I pay for its cloud services and for YouTube. Like many others, I have a complex relationship with Google (and Apple, and Amazon, and Facebook). But we manage to make it work. But giving them control over urban infrastructure seems like a bridge too far. You can't opt-out of a city.

But perhaps the most interesting thing about this news is that Google itself is opting out. Was Covid-19 an excuse to dump an already trouble project, or does it signify a deeper shift in the company's thinking about the future of large cities?

And, come to think of it, even people can opt-out of cities. Now more than ever.

2. Let's move. Redfin is an online real estate brokerage. It is also an iBuyer — providing instant offers to people who want to sell their homes. The company's quarterly earnings call offered a couple of interesting hints about the future of cities. Homebuying demand is almost back to normal levels.

What's interesting here is not the level of demand, but the composition of demand. I assume demand is still low among many "normal" buyers (those who were buying houses during the previous few quarters). At the same time, this drop is offset by a surge in demand from new buyers who were not previously looking. These buyers are urban families and wealthier singles who suddenly realized that renting a small apartment in a big city is not such a great deal.

That's my theory; the earnings call did not provide a breakdown of demand. But it did mention that Redfin is "preparing for a seismic demographic shift towards smaller cities".

What will be the impact on cities? We'll have to wait and see. But note that there are more than 40 million 30-40-year-olds in the U.S.

3. Big cities fight back? Outside of big cities, private space is more affordable. For the price of a 2-bedroom in our neighborhood in Brooklyn, I can buy a big house on Long Island or a small castle in upstate New York.

Good cities offer something better than private space — they offer public space. But they don't have enough of it. And what they have is often dirty, polluted, or unsafe. More accurately, too much public space is dedicated to cars.

A growing number of cities are realizing that it doesn't have to be this way. In a recent example, Seattle plans to create more space for pedestrians by limiting car access to nearly 20 miles of streets. The streets had been closed to facilitate "social distancing", but the Mayor now plans to leave the emergency measure in place even after the Covid-19 lockdown.

4. Airbnb's Home Alone. Will people live in small cities or big cities? They might live in both. Many people are now able to spend a few months a year in a different place. The boundaries between work and leisure are blurring. Work itself often entails spending a few months on one (creative) project with a certain group of people and then moving on to a new project with new people. This is how creative work is produced — music, film, advertising, or painting the Sistine Chapel.

Repetitive and predictable work can be automated, leaving more humans to perform more creative tasks. These humans will need a housing market that is as fluid as their work. Three years ago, I wrote in Can Housing Become a Service?:

This week, Airbnb took another step towards streamlining the experience of "renting" an Apartment.  CEO Brian Chesky announced plans to scale down on the company's focus on hotels and luxury properties. Instead, Airbnb wants to focus on housing, supporting its original hosts and on "Monthly Stays".

The company originally thought that hotels and "travel" more broadly are the key to its growth. Home-sharing is tough, and other competitors were already closing in. By re-focusing on homes, Airbnb is looking to go deeper (into housing) instead of wider (into travel / flights / lux).

Housing is a huge opportunity, but a completely different business; Airbnb is basically upping the ante. It is admitting that it cannot become a travel giant, but hoping that it might be able to become a housing giant — assuming the housing market becomes more flexible (it will) and that Airbnb can become a force within it (tough).

To make housing work, Airbnb will have to "get its hands dirty" and deal with real estate, to a far larger extent that it probably assumes or wishes to. The coliving market offers some guidance on what that means in practice.

A key to Common's strength is its ability to use digital marketing to generate demand for its apartments. Instead of going through traditional listings sites and brokers, the company relies — to a significant extent — on direct "bookings". The fact that common also controls the operation of the apartments makes it much easier for customers to trust its web site and make a decision without a detailed inspection or negotiation.

Airbnb should take note. Having a great web site is not enough. To become a force in the housing market, the company will have to find a way to create a more standardized physical product.

7. The Office Goes Retail.  With all the flexibility in housing, we almost forgot offices. Everyone is busy talking about Adam Neumann suing Softbank over its broken promise to buy his WeWork shares. This type of news makes it easy to dismiss coworking as a troubled niche driven by irrational investors and entrepreneurs.

"Office end users want service, they want flexibility, and they want to interact with a brand that stands for something. A growing number of employers are unable to sign a long lease, unable to project their headcount five or ten years hence, unable to spend millions on upfront fit-out costs, unable to keep up with the latest trends of office design and operation, unable to open an office in every location in which they have employees, and unable to provide the guarantees that landlords and lenders would ideally like to see. The world has changed. Someone needs to fill the gap."

It was easy to dismiss WeWork and Neumann as a source of risk. They were. But focusing on the risks of coworking made it easy to ignore a much bigger risk: the changing nature of the demand for all office space.

That risk is much clearer now. Flexibility no longer means signing shorter leases or sharing an office. A growing number of tenants are looking to reinvent the whole notion of paying fixed rent for office space. As Konrad Putzier reports, office tenants are looking to "to switch from long-term leases with fixed monthly or annual payments to more flexible arrangements that include revenue sharing".

Rent based on a tenant's turnover is not new in real estate. It is common among shopping mall operators and tenants. But it is also the reason why retail properties are generally perceived as much riskier than office ones, and why their income is capitalized at much lower multiples. This risk is also the reason why the ownership and operation of shopping malls is concentrated among a smaller group of branded owner-operators.

In the retail world, landlords need to work much harder every day to ensure that their tenants are successful and able to pay rent. It's for office landlords to catch up.

1. An Office is not a Coffeeshop. On Wednesday, Antony Slumbers and I joined The Real Deal's Hiten Samtani to discuss [https://therealdeal.com/2020/05/14/office-landlords-dont-eat-before-watching-this/] the future of offices. Hiten brought up a suggestion made by Steven Roth, the Chairman of one of the world's largest office

1. Are you ready for Post-Pandemic Posturing? Parts of the world are easing their lockdown, and corporations are trying to figure out how to get people to come out and spend. Simon Property Group, one of the world's largest owners of retail space, is reopening [https://www.cnbc.com/2020/ 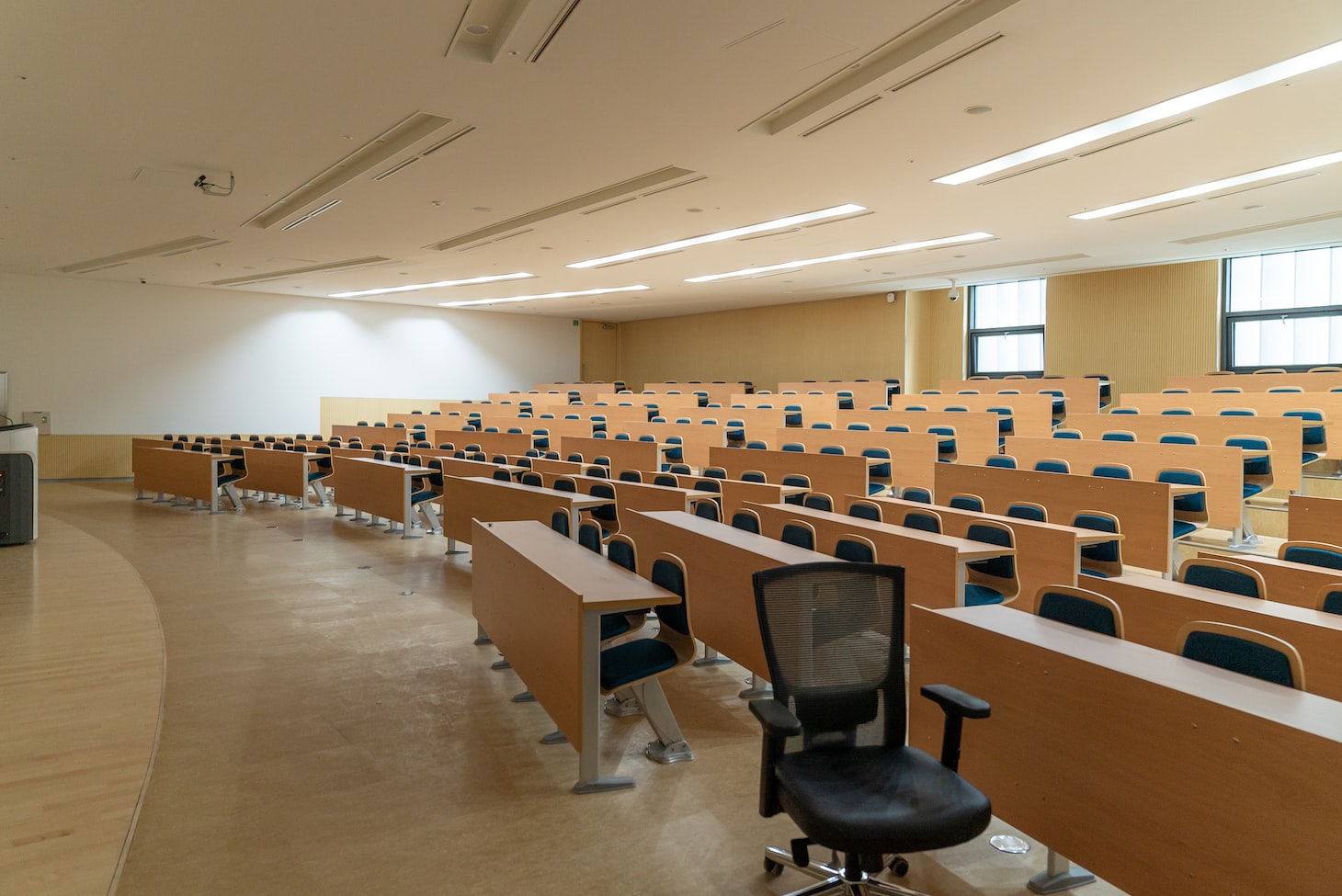 This week's newsletter looks at the Great Covid Survey, Unbundling the City, Cleaning up Airbnb, The future of CloudKitchens, Blue Ocean Strategy, Urban Employment, the Future of Cities, and Venture Capital's shift from pure software to hard assets. 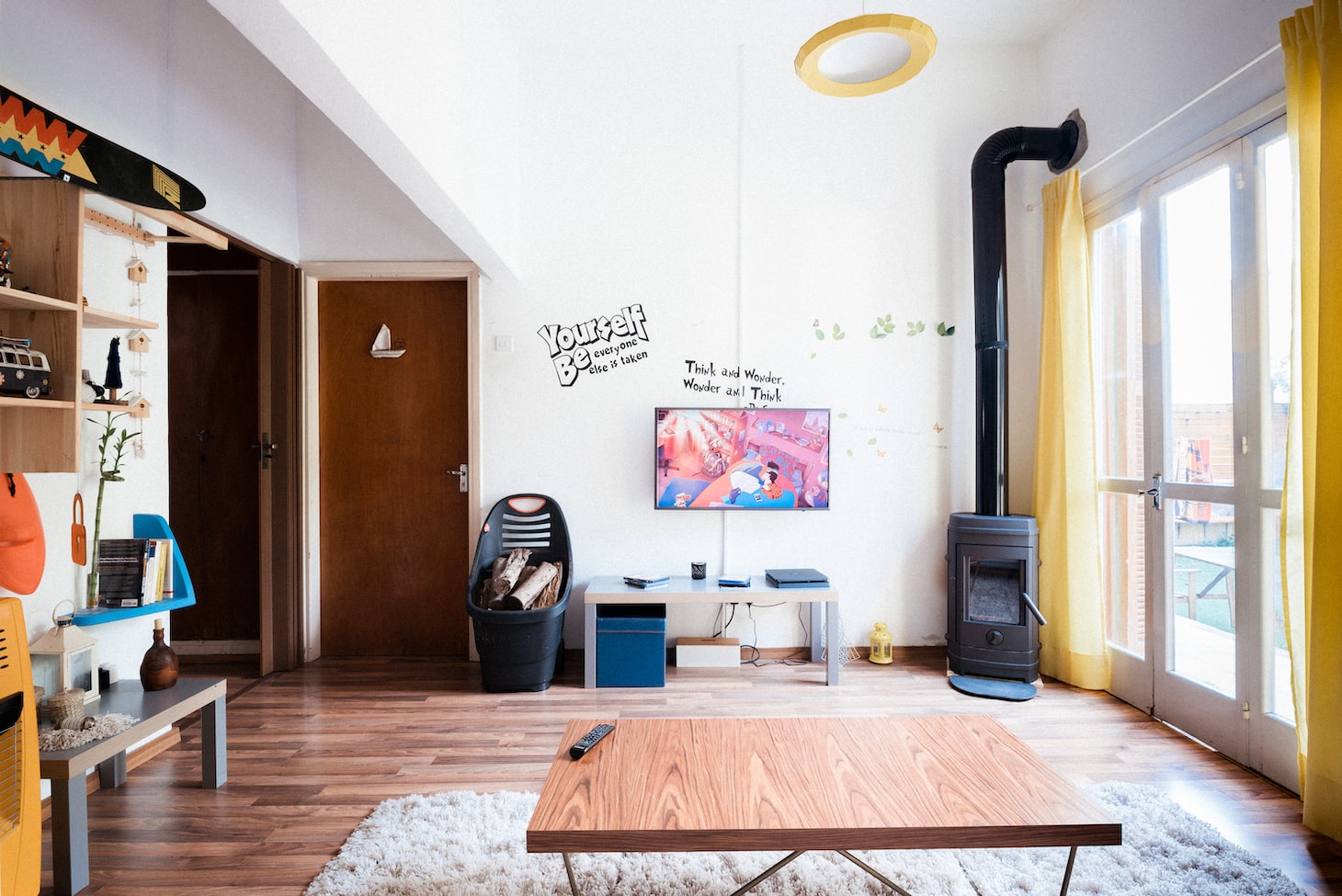